DinaRis: A Project in Support of Transboundary Cooperation in Lynx Conservation

The lynx vulnerability present a solid basis for establishing the cross-border cooperation in nature conservation. With the DinaRis project the awarness was raised on its biological and social aspects, new tools for joint monitoring of lynx population were developed and partnerships were established at the highest scientific and management level.

All the above resulted in the drafting of a proposal of joint strategy for the lynx population management, representing a first document of this kind between Slovenia and Croatia.

The main goal of this Interreg project is to establish a network of partnerships in the northern Dinarics, which will contribute towards promotion and long-term conservation of natural values of the area. The following actions were implemented: 11 individuals equiped with GPS tags were tracked, Individuals’ bone marrow was analysed, Individuals tracking in snow conditions, Prey consumption monitoring, Surveys were undertaken examining the local tolerance for lynx presence, Development and proposal of a joint lynx management plan, Joint monitoring of the population and its genetic material, Creation of websites and leaflets to raise awareness of the presence of lynx in the Dinarics, Work with schools to raise awareness of lynx and other large carnivores in the area, Lectures about lynx for the general public, Communication with the media about lynx.

Slovenian Hunters Association and its members were particularly active on the field for the monitoring work. They were also involved with the common management strategy with Croatia. 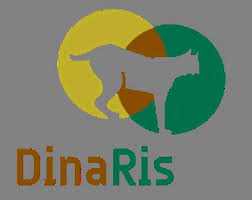