The Federation for Hunting and Conservation of Malta (FKNK), has always been active in creating and safeguarding the natural habitat and environment across the rural areas of the Maltese islands.

Being the largest voluntary stakeholder organisation within the local natural environment scenario, it has embarked on a good number of conservation projects and initiatives over the years, including the planting of indigenous trees and shrubs.

In 2019, in collaboration with another eNGO, ACT, the FKNK partook in a national programme, Saġġar (to afforest), which initiative aims to plant 1,000,000 native trees and shrubs from local native stock over a 10-year-term, in rural and urban areas of the Maltese islands.

Hence, the FKNK and ACT worked together to maximise the mutual benefits by devising, organising and coordinating initiatives that will:

Thus, the FKNK set-off on its Nursery pilot-project and established a small garden centre at the Razzett tal-Bagħal, where over 2,500 seeds of native trees and shrubs were sowed in individual pots. 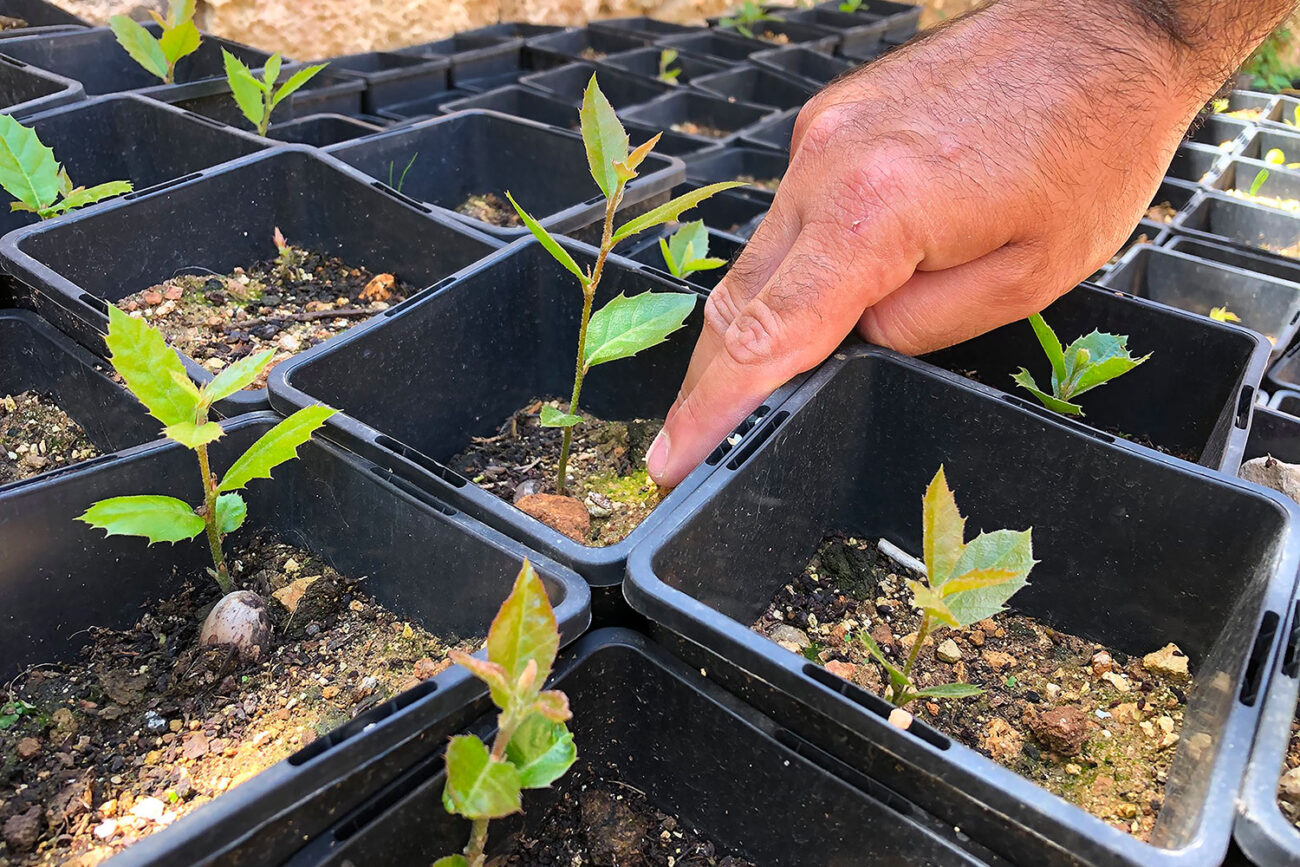 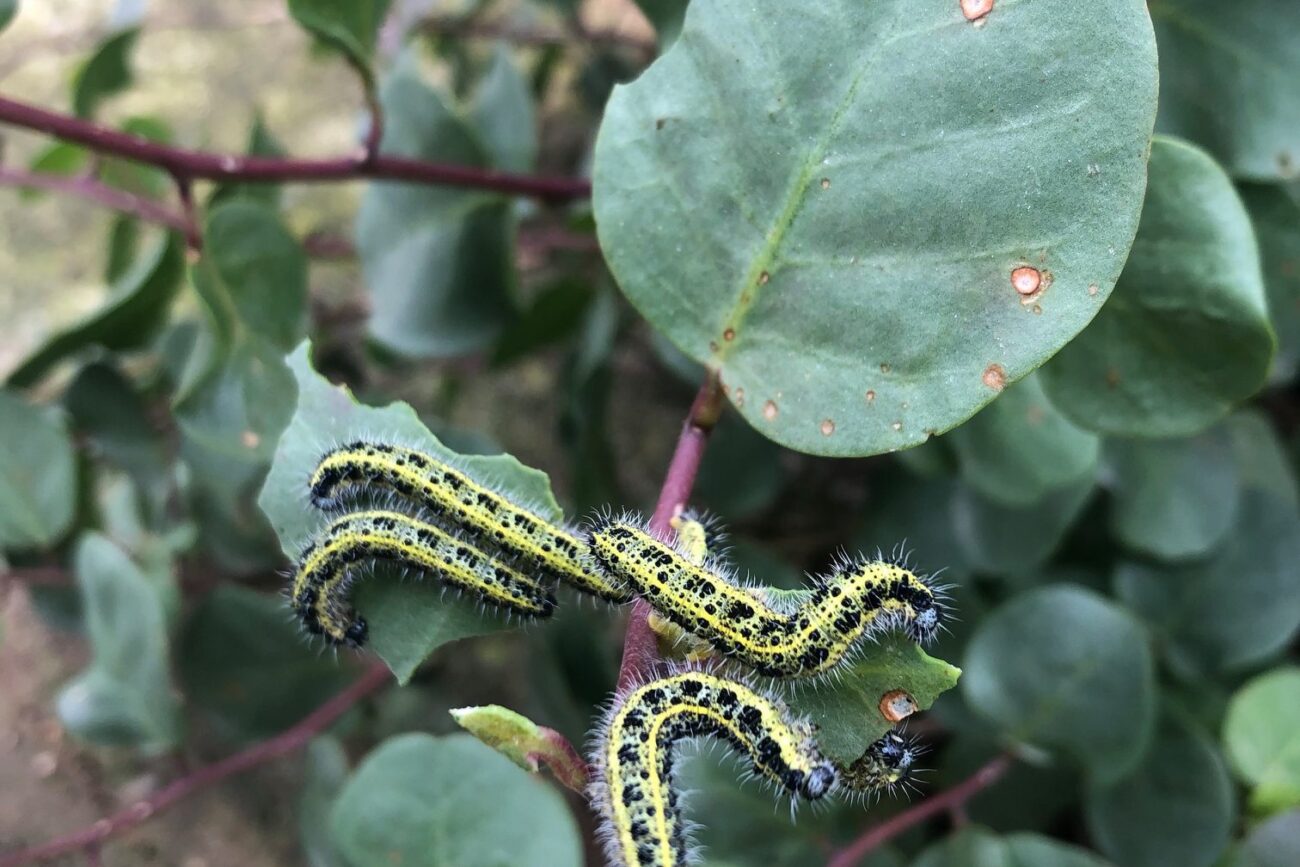 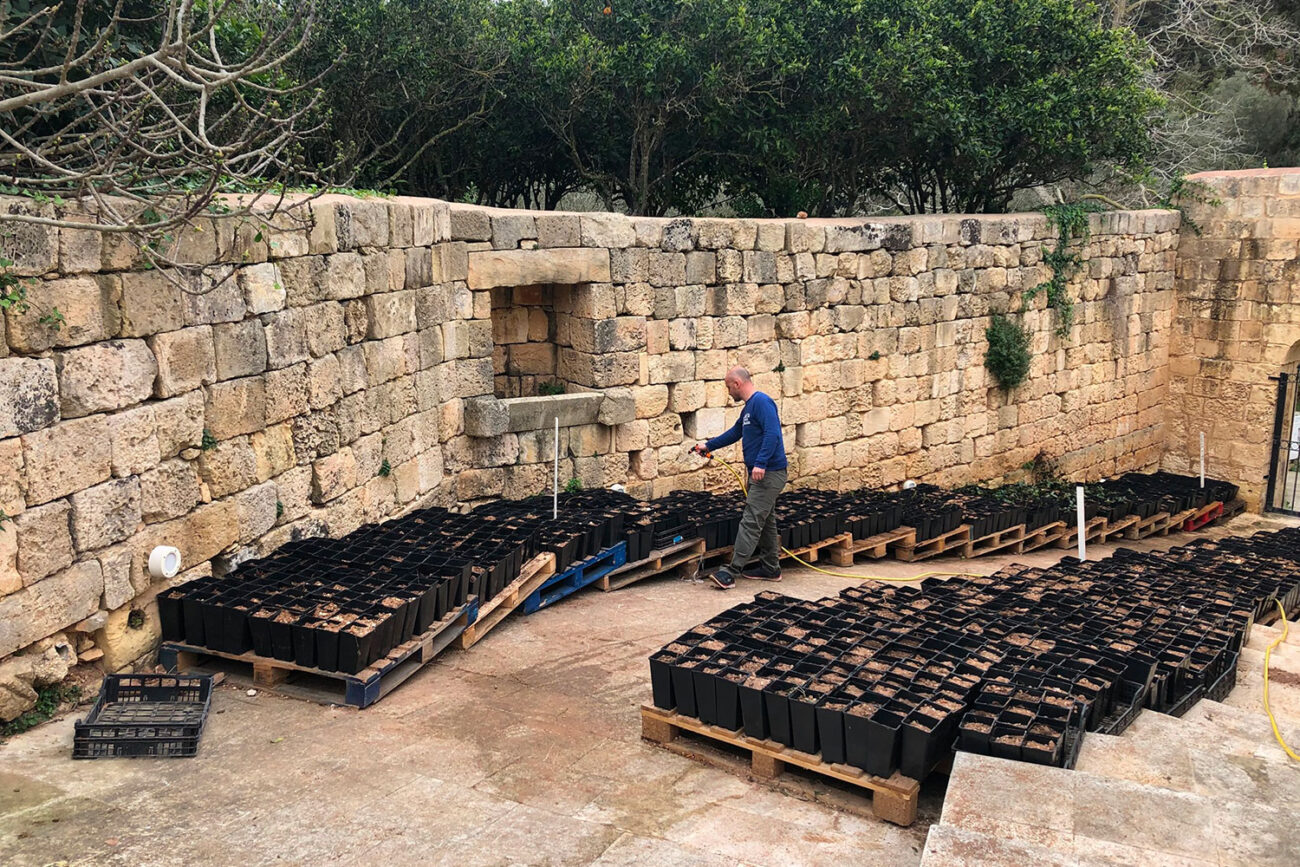 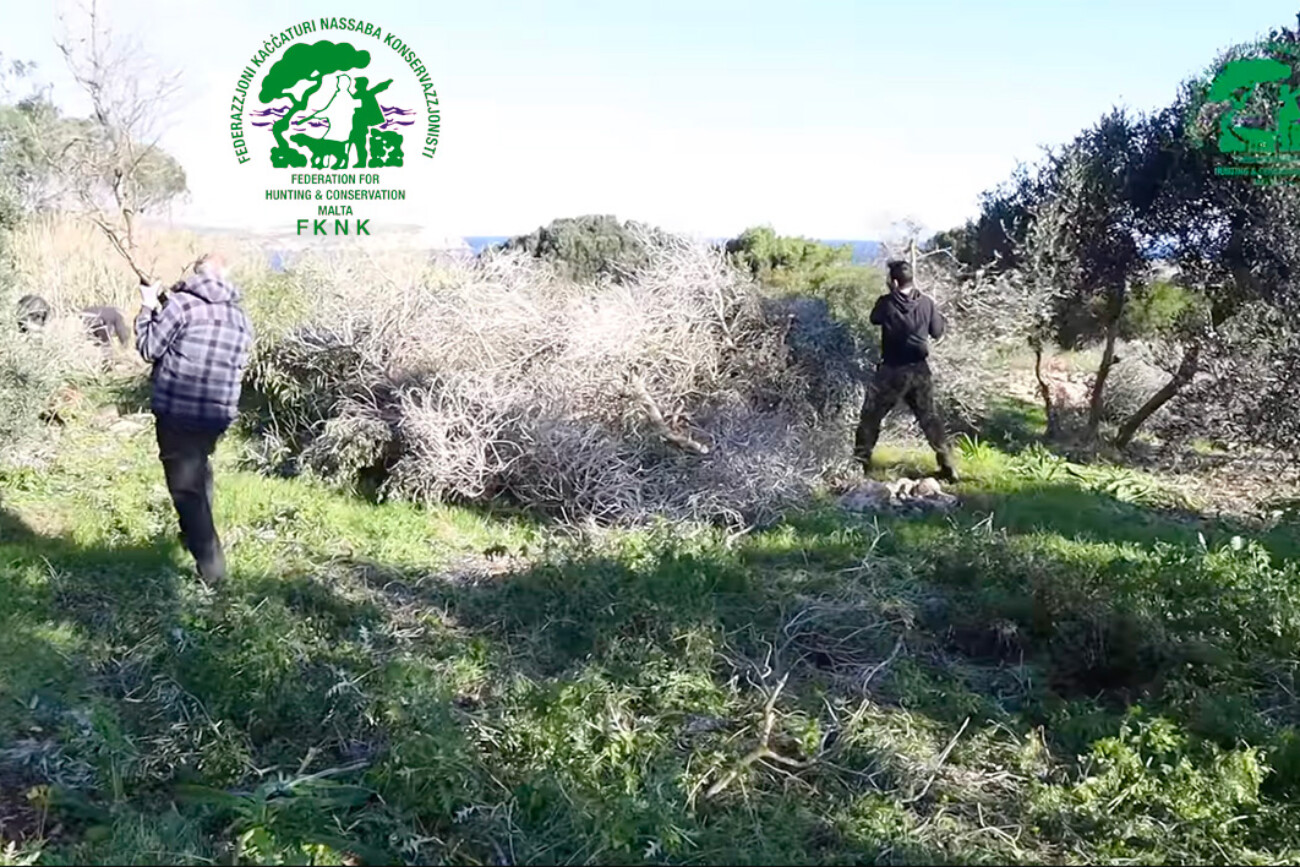 The FKNK have already distributed (for free) hundreds of these native trees grown on-site at the Nursery to hunters and members of the general public to plant in rural and urban areas of their choice, whilst educating and raising awareness of the respective species.

The new EU Biodiversity Strategy for 2030, which includes a new restoration initative, calls for more community-based actions led by citizens, businesses, or social partners to protect and restore Europe’s nature. This project demonstrates yet again that hunters are active on the ground and will be an essential player in implanting the strategy throughout Europe in the next 10 years.

Humbled by the pilot-project’s success, by the second quarter of 2020, the FKNK reached an agreement with the Ministry of Environment, Climate Change and Planning (MECP), as a result of which the FKNK has now been entrusted with an area adjacent to the Razzett tal-Bagħal which is ideal to sustain the Nursery’s enlargement. The new area is spacious enough to adequately house further thousands of trees and shrubs plantings which will eventually also be distributed free of charge to interested parties, including to the thousands of FKNK members.

After obtaining the necessary Environmental Permits, and with the support of ACT’s expertise, in December 2020 the FKNK started collecting thousands of seeds from indigenous trees and shrubs from Buskett gardens and its surroundings. At present, seeds are being drilled for hopeful successful germination at the appropriate time. This project aims to grow over 8,000 trees and shrubs in 2021. This will also eventually enhance the possibility to educate and inform the public visiting the nursery about the native fauna diversity and its importance for Malta’s biodiversity.

In 2015, the FKNK was granted the administration of a refurbished 17th century Knights of Malta built Farmhouse, known as Tal-Bagħal (free translation – For Mules), situated within the grounds of Buskett.

Buskett (small wood) offers natural rural surroundings of historic importance.  The area is a protected Nature Reserve of seventeenth century origins, when the Knights of Malta planted the trees and Buskett became the largest woodland on Malta. The original purpose of the gardens was for them to serve as a hunting ground. In fact within the Gardens stands Verdala Castle which originally served as a hunting ‘lodge’ for the Knights who hunted there. Buskett is now scheduled as an Area of Ecological Importance, Area of Scientific Importance, Area of High Landscape Value, Tree Protection Area, Special Area of Conservation of International Importance and Special Protection Area, thus forming part of the Natura 2000 network of protected areas. Buskett also becomes the island’s centre of attention on the festival of L-Imnarja in June, and when the FKNK organises its annual Maltese hunting dogs’ shows: the Kelb tal-Kaċċa ta’ Malta (Maltese Hunting Dog) and the Kelb tal-Fenek (Rabbit Hunting Dog). An initial study, also commissioned by the FKNK, has confirmed that the Maltese Hunting Dog, Kelb tal-Kaċċa ta’ Malta, is a pure breed and unique to the Maltese islands.

The Razzett tal-Bagħal (mule’s farmhouse) project, as managed by the FKNK further diversifies and considerably increases potential visits, including but not limited to those of students and school children and tourists of the Buskett area, whilst still conserving the historic heritage of the Maltese islands. The Farmhouse comprises a Visitors’ and Interpretation Centre and Meeting Rooms; the open spaces of the farmhouse are used for bird-watching and relative photography of migrating birds and astronomy observations; the only one of its kind on the Maltese islands socio-cultural Museum of traditional rural activities with hunting and trapping artefacts; the backdrop of the ambitious FKNK Barn Owl Programme, again the first attempt on Malta, at re-instating the Barn Owl as a local breeding bird; and now the Nursery.

The FKNK Nursery initiative was introduced by the FKNK in 2017, when the FKNK published the first educational poster which was distributed in all public schools across the Maltese islands, promoting indigenous fauna. By the last quarter of 2019 a second related poster was published and similarly distributed in public schools. These latter posters identified the benefits of trees from a biodiversity aspect. Both educational posters were published in collaboration with the Ministry of Education.