Pulling Spain’s Red-legged Patridge back from the brink

The native Spanish red-legged partridge populations have decreased by over 30% in the last 20 years mainly due to habitat-loss, changes in farming practices and predation. In 2018, after seeing the success of land manager-led conservation in the UK, ecologist Carlos Sánchez, research director at the conservation organisation Fundación Artemisan, was inspired to establish a wild partridge project to reverse this trend.

Nature restoration under the EU Biodiversity Strategy for 2030 will include a focus on farmland habitats/ecosystems. Member States must also ensure that the next CAP encourages farmers to provide more space for nature on farmland. This project is an excellent example of how hunters are already contributing to delivering the EU’s Biodiversity Strategy for 2030. It accurately describes what can be accomplished for biodiversity and how to achieve those results. 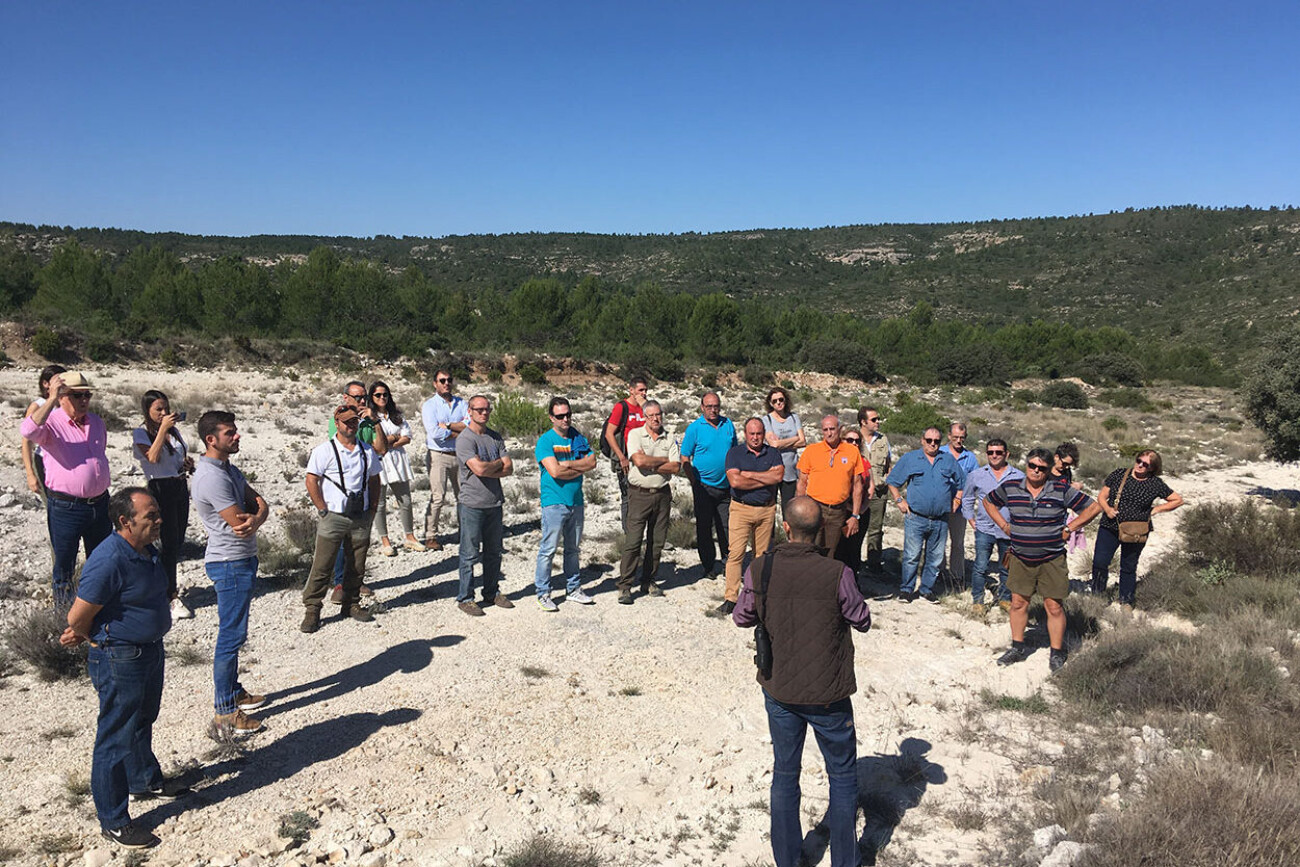 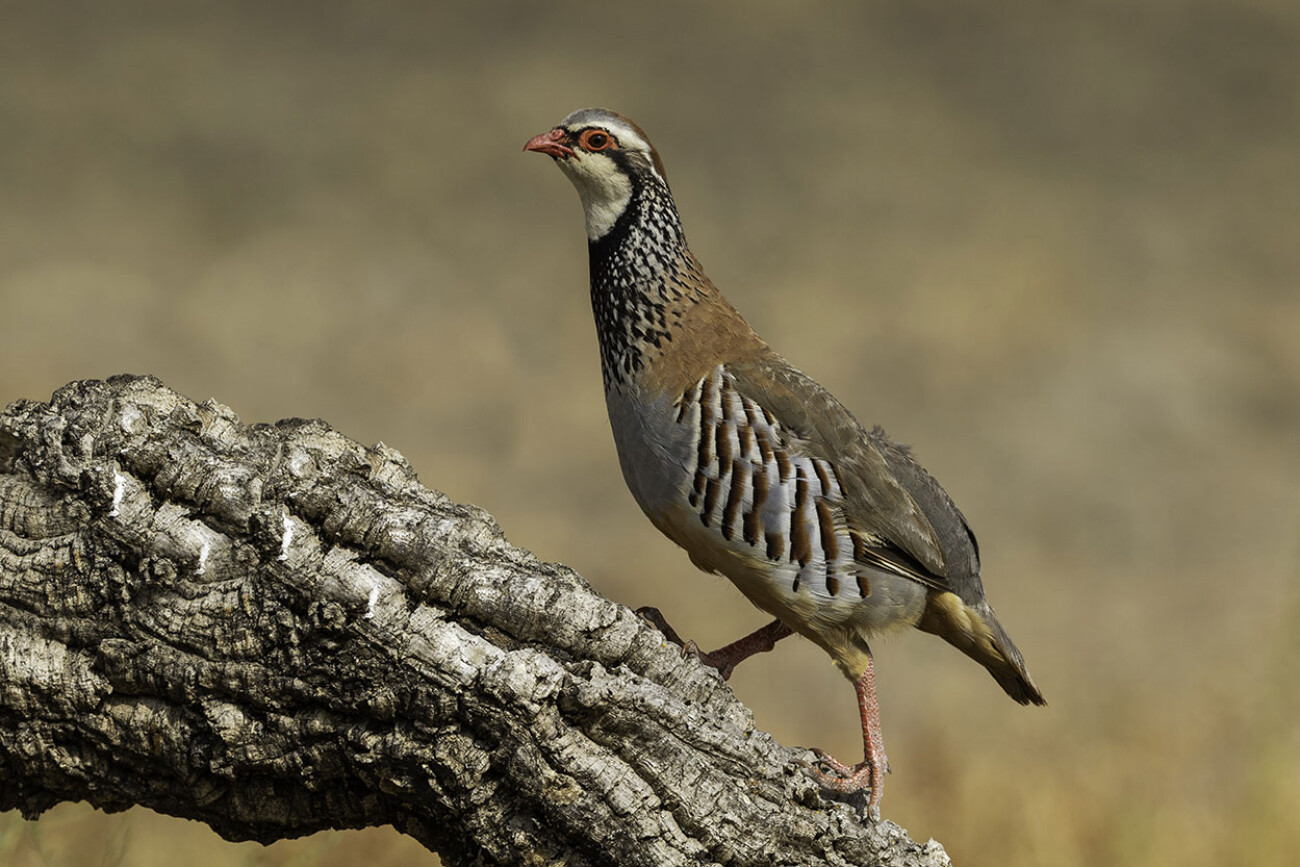 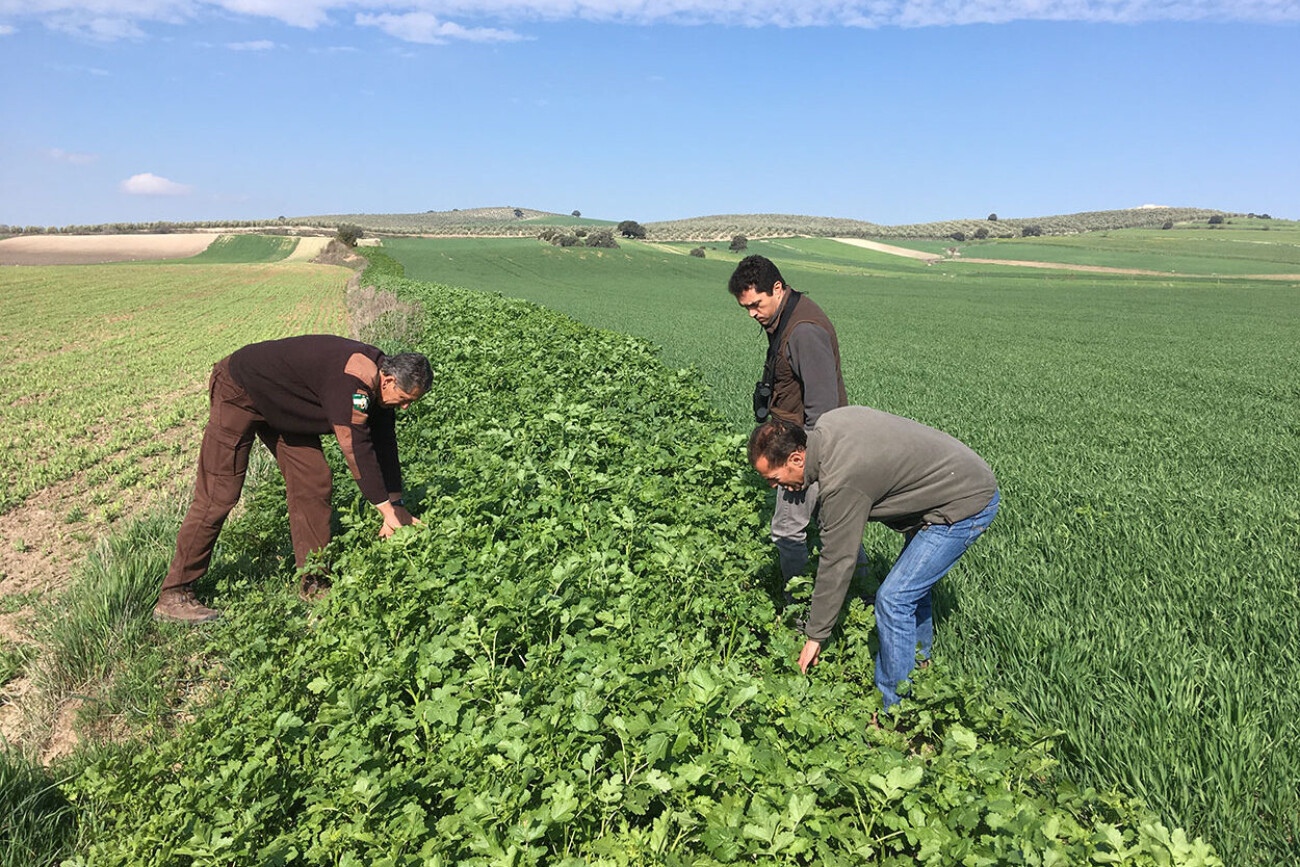 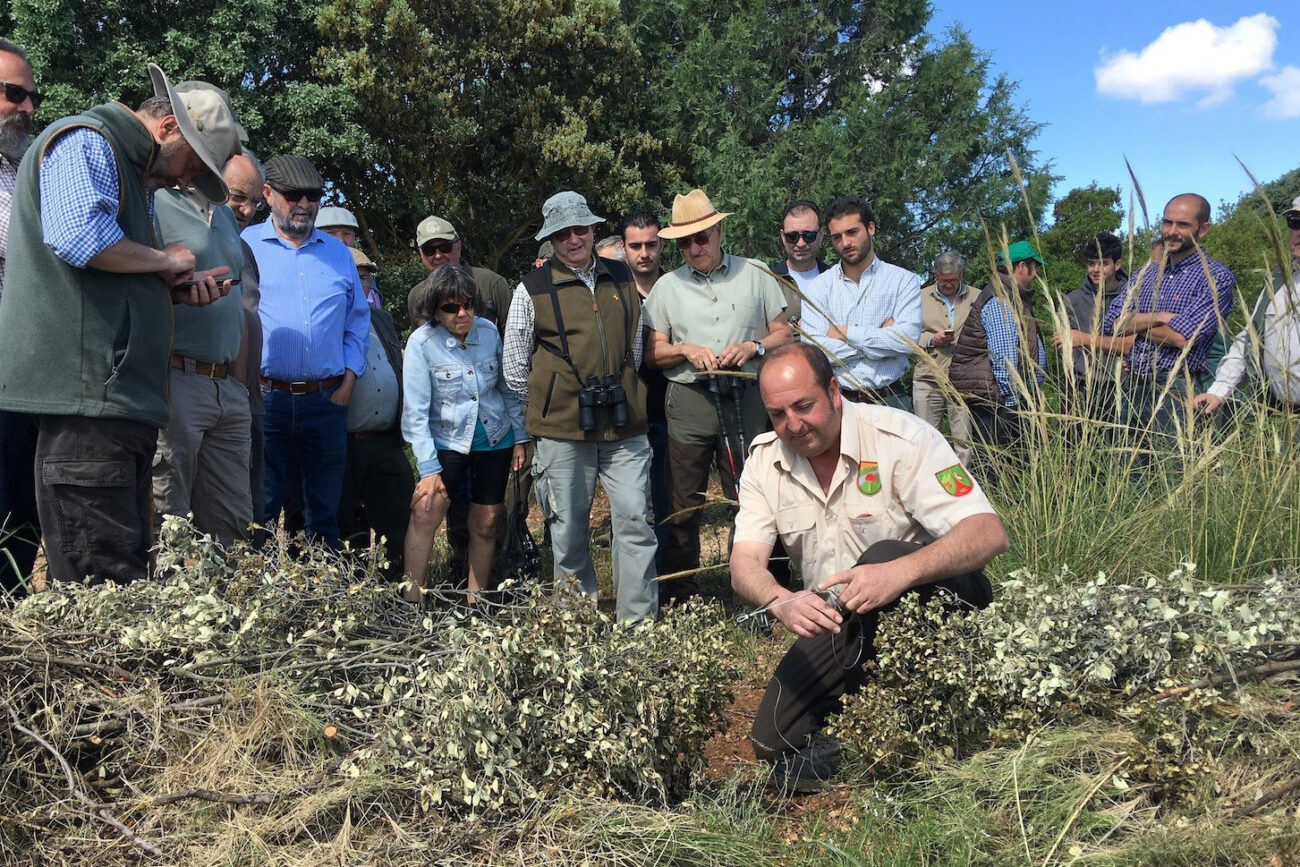 The project, named ‘RUFA’ after the Latin name for the bird, draws on the enthusiasm of local land managers, who are encouraged to form their own conservation committees. The farmers and hunters make the decisions. The Fundación Artemisan gives advice, but ultimately, they are the ones to make decisions, similar to other grassroot conservation projects around Europe. Carlos said, “Normally, one or two key people drive the project with sufficient charisma, enthusiasm and local influence. In each location we have had no difficulty finding such individuals and they make all the difference”.

Each site is about 500 hectares with terrain ranging from arid mountains to low-lying farmland. In the hills, work parties are restoring the scrubland favoured by the birds and in lowland areas farmers have been encouraged to create habitat in field margins such as new hedgerows, grass strips and beetle banks. Fundación Artemisan together with some regional governments finds funding for these measures through agri-environment grants and helping landowners with the application process.

The Ingredients for Successful Conservation

Having worked for the UK based Game & Wildlife Conservation Trust (GWCT) on pioneering grey partridge projects, Carlos has applied the three-legged stool approach. Providing the right habitat is crucial, but habitat alone is not enough for wildlife to thrive, more is needed. GWCT scientists have found that partridge populations can be restored only when the three elements of breeding habitat, chick-food and predation management are available in one place. Carlos also recognised the need to add water as the vital fourth element for success in Spain’s drier climate.

As ground-nesting birds, redlegs are particularly vulnerable to predation and hunters volunteer their time to carry out targeted fox and corvid control during the breeding season. Some regions allow foxes and magpies to be controlled with shotguns but prohibit the use of trapping. Unlike in the UK, stoats, weasels and polecats, which predate on partridge eggs and young are protected in Spain, but Fundación Artemisan is working to get special licences to control them. The impact of these regional variations will be assessed by monitoring wild bird productivity in the different sites. Sadly, Fundación Artemisan is one of the only conservation bodies in Spain willing to recognise that lethal control of generalist predators must be part of the package, if certain species are to survive.

The four elements together benefit a wide range of wildlife besides partridges. Mr Sánchez stated: “The red-legged partridge is an umbrella under which our aim is to see the restoration of many other threatened species including: little bustards, great bustards, eagles, waders, songbirds and Iberian hares”. 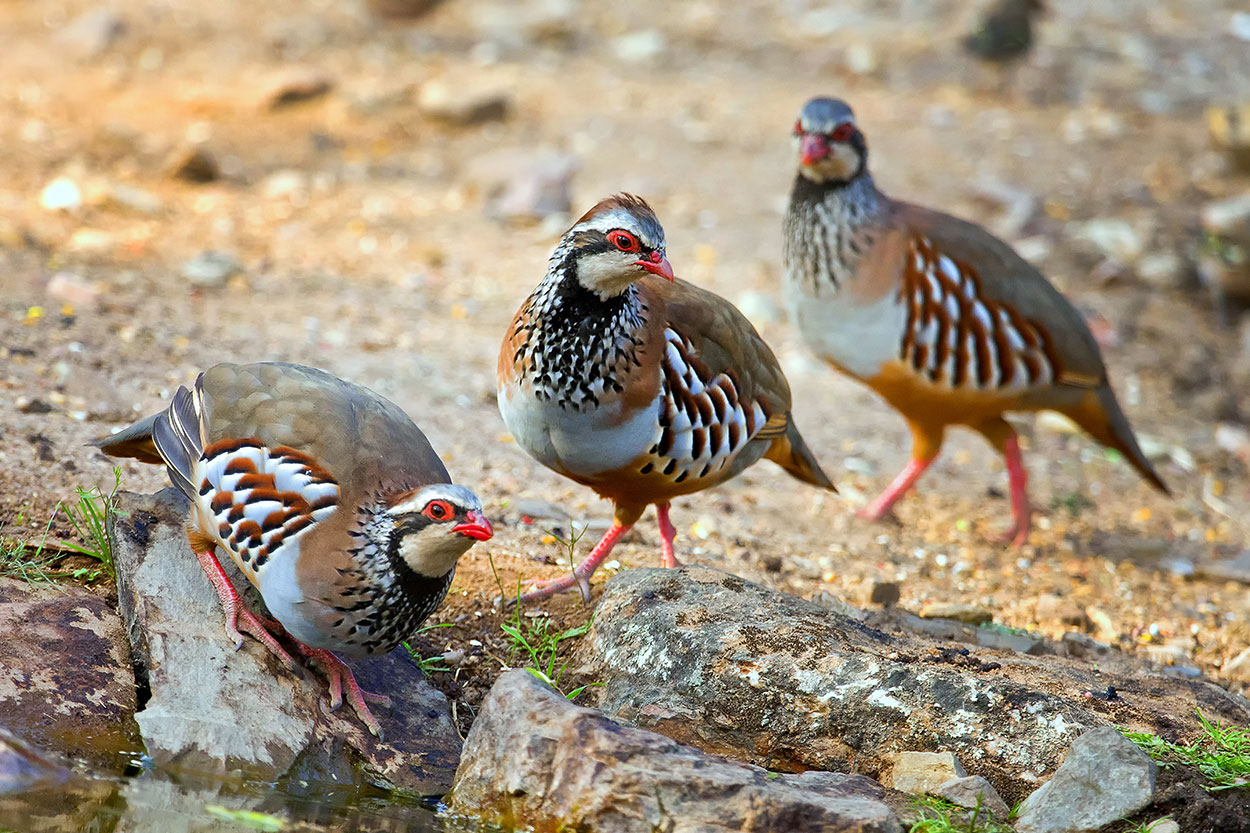 In February, Fundación Artemisan launched the RUFA project together with a website for farmers and hunters from Spain to log sightings of wildlife in their local area: www.observatoriocinegetico.org. Reporting wildlife counts is made easier by means of an app connected to a central online mapping tool and website.   Own data can be checked at any time, but all information on the site is confidential. Mr Sánchez explained: “This is great citizen science and will show how seriously hunters take wildlife conservation. We started at the beginning of the year and the response from the hunting community has been very positive, we even have participants in the Canary Islands reporting on migrating birds”.  Mr Sánchez is hopeful that both the monitoring network and the partridge conservation project will continue for the next 10 years and see red-legged partridge and other species restored in those regions where they are currently under threat.