LIFE LYNXCONNECT is a five-year transnational project that started in 2020 and aims to finalize the recovery strategy for the Iberian lynx (Lynx pardinus). In 2002, the total population was estimated to be around 100 individuals. Now, the last official census made in 2020 counted more than 1,100 lynxes, including 375 offspring and more than 230 breeding females. This successful story is mainly explained by long-term efforts made since the 1990s, and outstanding EU LIFE projects which started in 2002 (when lynxes were at the brink of extinction).

In LIFE LYNXCONNECT, 21 partners work together to ensure the genetic variability of the species and its long-term survival in Spain and Portugal. It is coordinated by the government of Andalucía, and involving public and private bodies of Andalusia, Extremadura, Castile-La Mancha, the region of Murcia and Portugal. Together with reintroduction, awareness and habitat management, LYNXCONNECT adds two new actions: establishment of natural corridors –or stepping stones- to facilitate the connection between populations, and the creation of two new populations nuclei: Altos de Lorca in Murcia and Sierra Arana, in Granada (Andalusia).

Hunters and game managers are key partners in many parts of this project. They are witnessing and contributing to the establishment of lynx territories on their hunting grounds by managing the habitat of the wild rabbit (Oryctolagus cuniculus) which is the main source of food for lynxes. Many females choose hunting grounds for breeding, with outstanding anecdotes such as the birth of six kittens in a private land in La Carolina (province of Jaén). 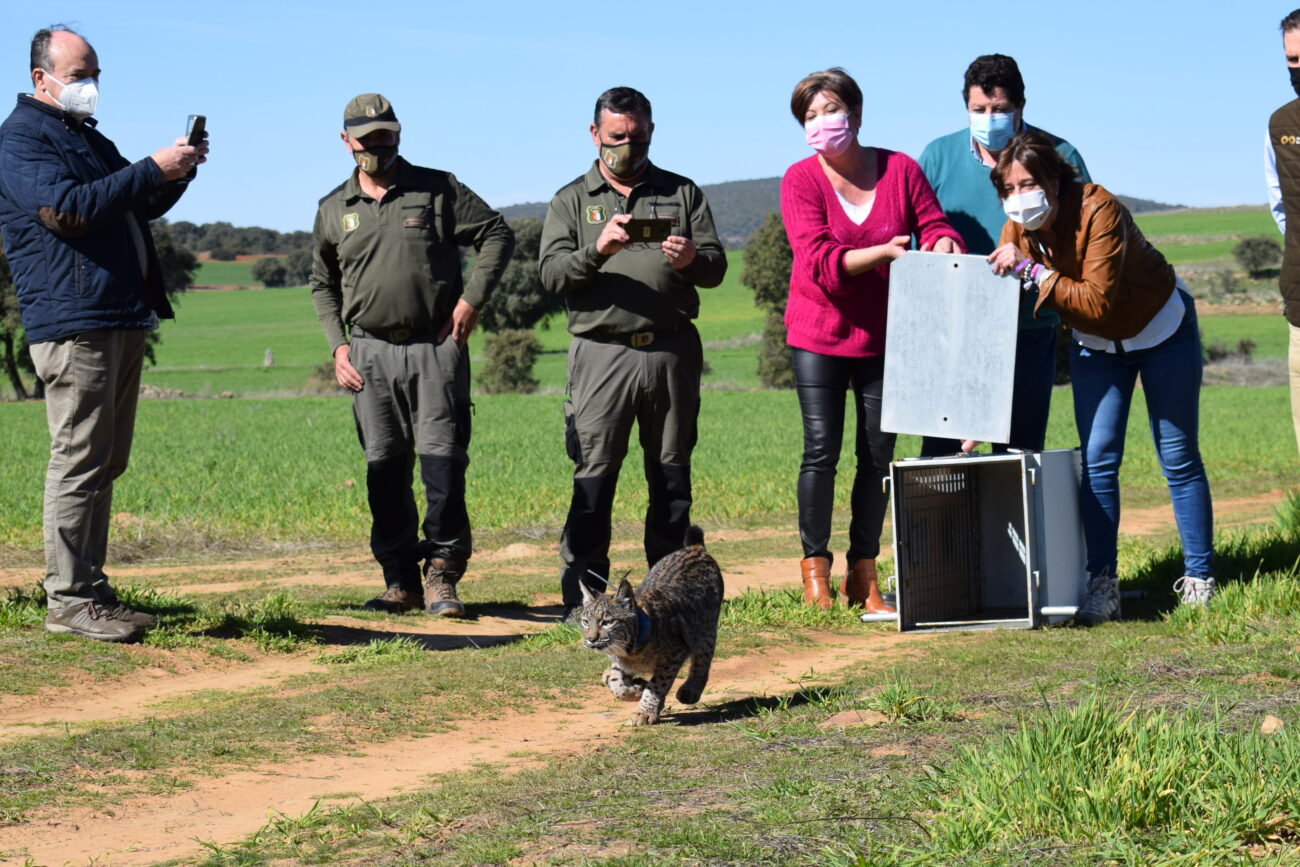 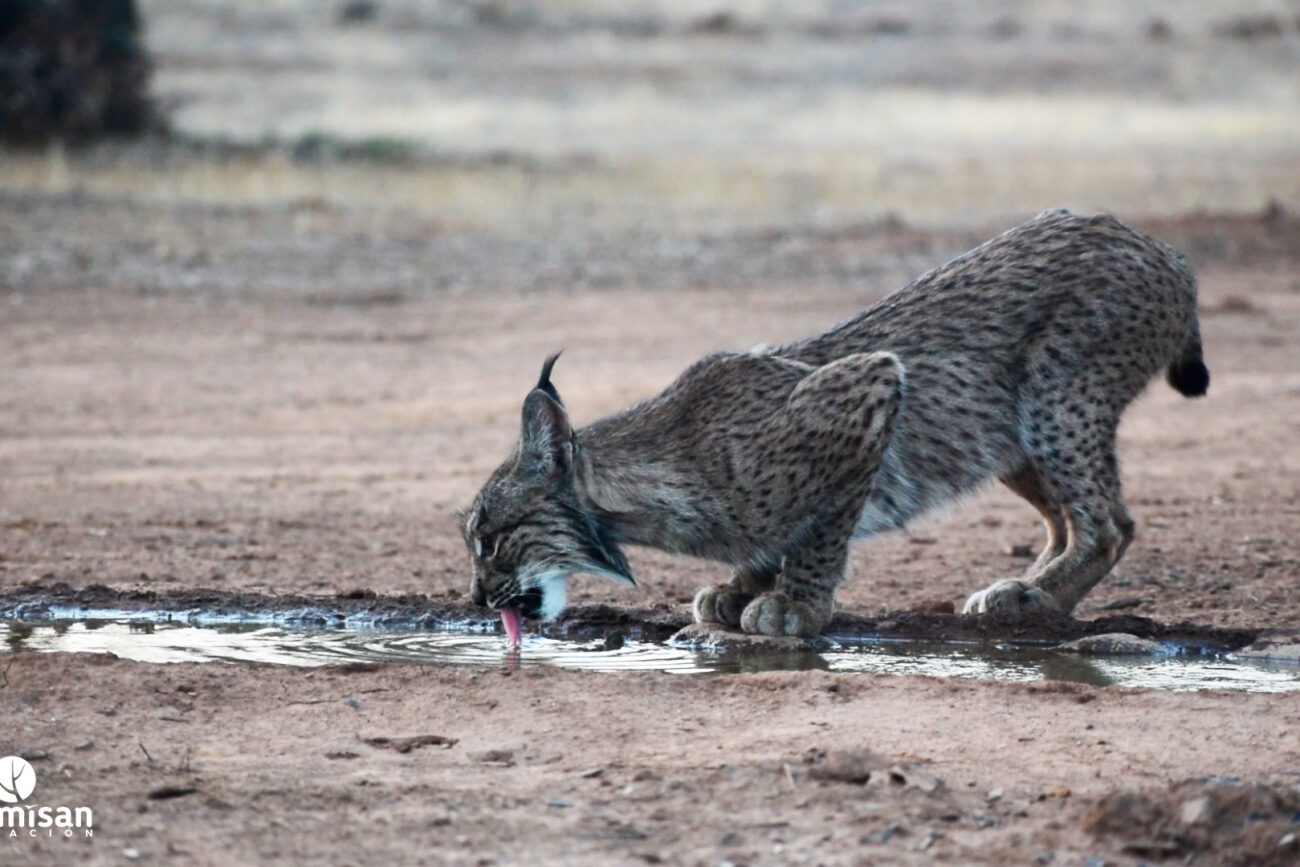 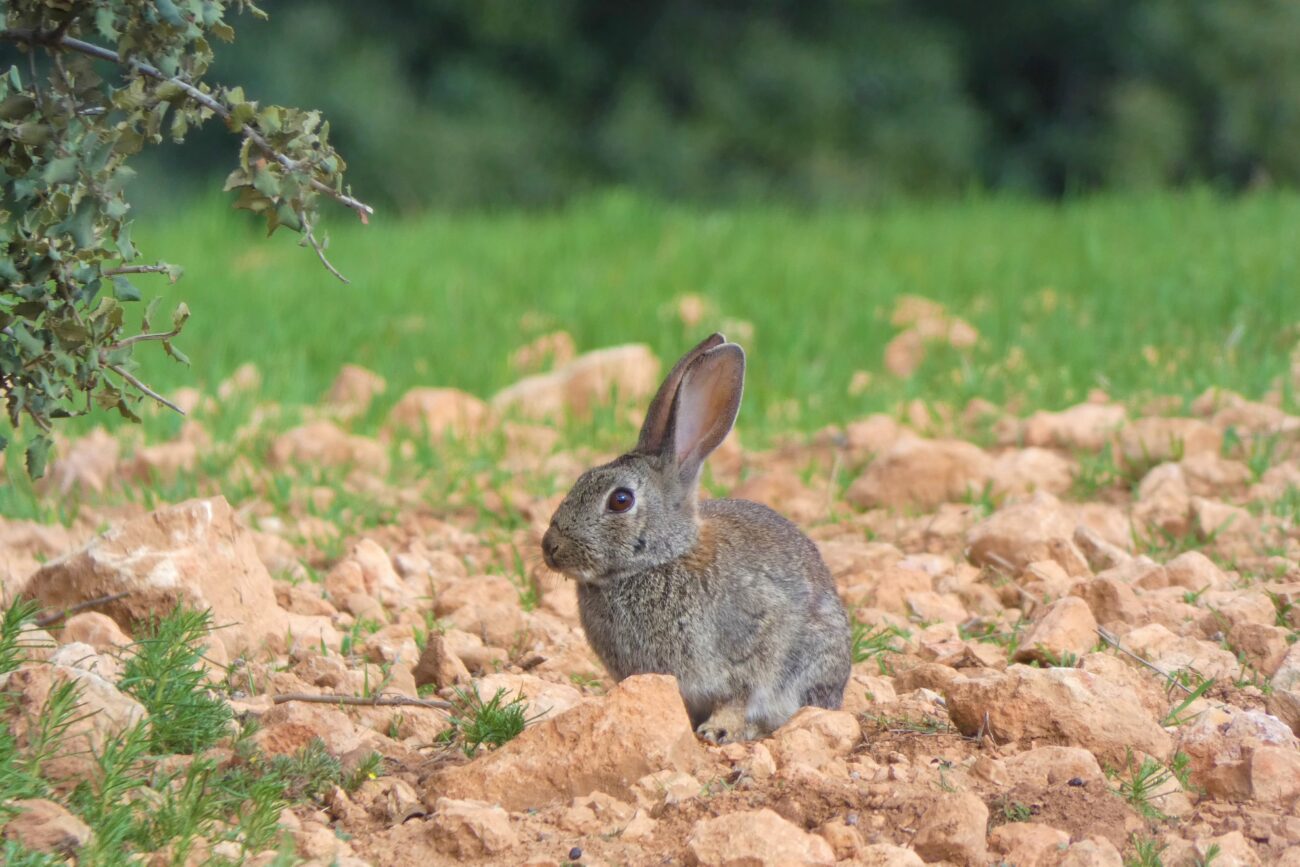 Hunters are playing a major role in monitoring and assisting in the management of large carnivores throughout Europe. Some of the largest populations of large carnivores exist where they have been highly valued by Europe’s hunting community. This is particularly relevant to where hunters have been actively involved in Brown Bear, Lynx and Wolf conservation and management. The importance of hunters is recognised by the work of the IUCN LCIE, the Bern Convention, and the EU’s Large Carnivore Platform.

Through the Fundación Artemisan, a non-profit association aiming to promote wildlife conservation and sustainable hunting through research, communication and legal defence, communication actions involving public awareness raising and dissemination targeting hunters and game managers are being developped. The aim is to strengthen hunters´ involvement in the recovery of lynxes, but also to show the value and conservation efforts conducted by them.

Artemisan produces media content with informative, educational and positive messages, aiming to make lynxes welcome on the hunting grounds. Face-to-face talks and informative sessions with hunters, ground managers and landowners are taking place in several regions. In this communication strategy, it is highlighted that lynxes reduce the presence of mesocarnivores (such as red fox and Egyptian mongoose), which results in more rabbits and partridges on the hunting grounds, and also non-game species that may be predated by foxes, mongoose and others.

One more time, the important role of hunters for the conservation of an endangered species is proven. Many hunters and managers are calling the lynx, the “gamekeeper” thereby appreciating and recognizing the lynxes´ aforementioned role as an apex predator in Iberia´s native ecosystems.