The Life MICA project (2019 – 2023) is a cooperation between German, Dutch and Belgian institutions which has the aim of establishing the efficient management of coypu and muskrat, by developing innovative cross-border methods for their population control. Among the participating institutions are waterbody authorities, invasive species management authorities and research institutions. 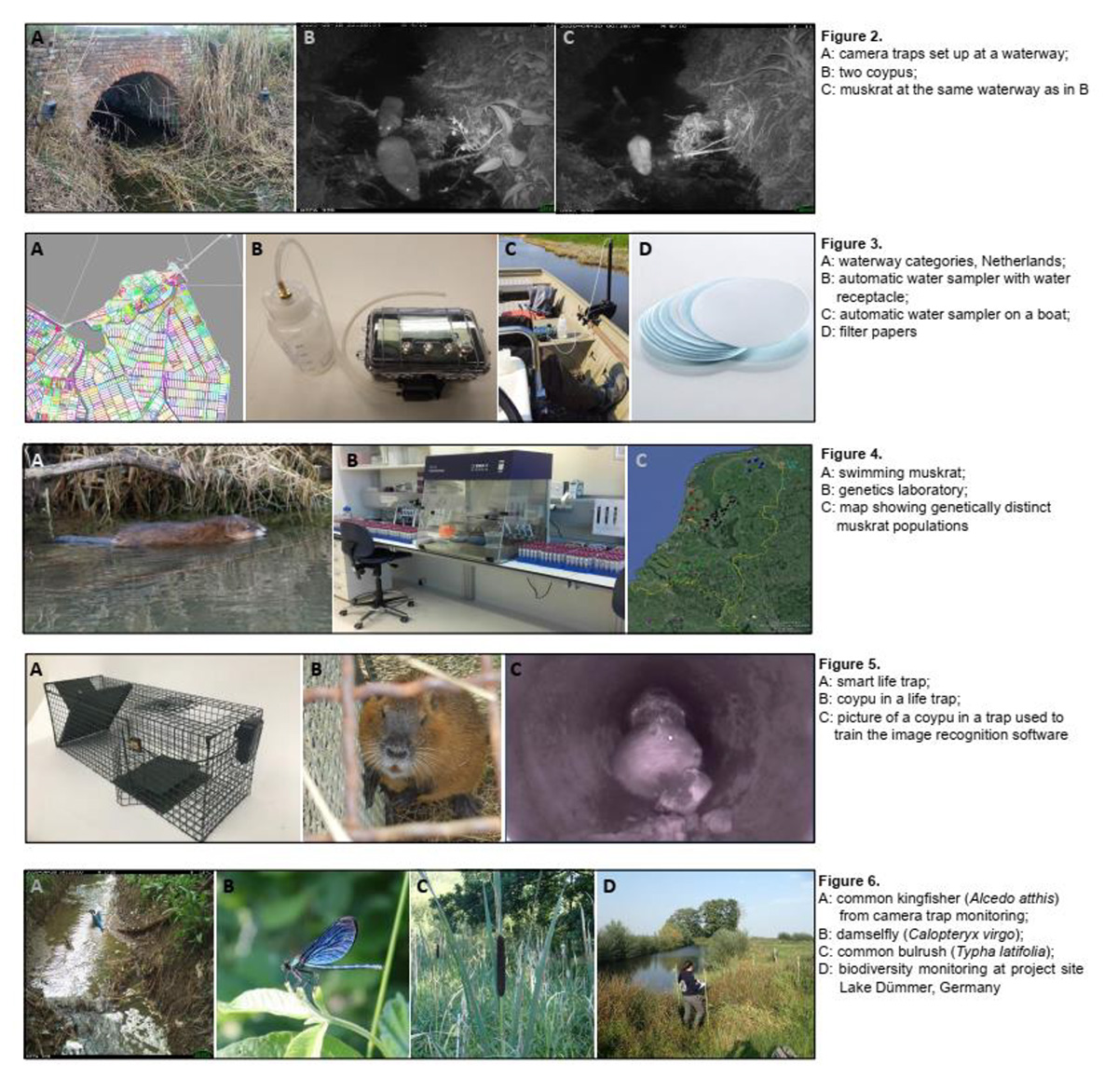 Intelligent camera traps
Camera traps are installed at waterways and register the presence of coypu and muskrat. Image recognition software is trained to recognise these species on the recordings and differentiates them from others. The software will then automatically filter coypu and muskrat images and replace the manual evaluation

Environmental DNA
For the early detection of the presence of coypu and muskrat (e.g. newly established populations or populations in strictly protected areas), water samples are screened for the presence of DNA material of both species by qPCR. Therefore, an autosampler equipped with GPS was developed to take samples on established water-routes

DNA mapping
Relationships between populations are determined by DNA analysis of captured animals, in order to detect the migration routes of the species. A genetic map with spatial configuration of the populations in border areas between the Netherlands and Germany was created, this gives an idea about trapping effort and possible trapping locations

Smart life traps
Smart life traps are equipped with image recognition software, which selectively identifies coypu or muskrat entering the trap and activates the closing mechanisms. This prevents unintended-capture of protected species, such as the European beaver, otter or other non-target species, and which reduces the trapping effort

Networking and public outreach
The Life MICA project networks with other initiatives in the field for the management of invasive alien species and creates public awareness on this topic through public outreach work.

This project helps to provide the basis for a successful long-term population management for coypu and muskrat in Europe.